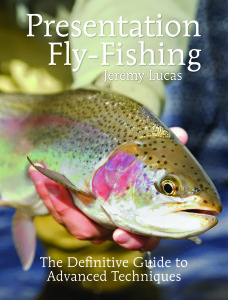 My new book is in the publication process, with an official publication date of 31st March.  Among my writing about fly fishing I am most pleased with this book, above all the rest.  I think it is more than a summary of the development of a particular area of the sport.  It is, I hope, my pooled experience through 50 years with a fly rod, focusing on the most elegant form of fly fishing – or rather, fishing in general – that exists; the single-handed fly rod, with fixed or running line, for trout and grayling. Unlike my former books, and articles from years ago, this book feels fresh and exciting, at least to me, and I cannot see the underlying principles ever being out-dated.  It has been such a long and happy journey, with all my fishing companions, in all those remarkable and beautiful places where I have been privileged to fish for trout and grayling.  And in spite of all the human pressures that threaten these places, and the habitats and wildlife they support, we can still go out there and fish; surely somewhere towards the apex of possibilities in terms of skills acquired and experiences shared.  It is still there for us.  Presentation Fly-Fishing is, really, about how we arrived here and the exploration of this special, refined state we have achieved. 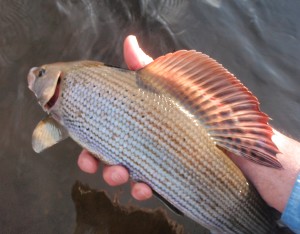 It is so exciting being out on the river at the moment.  Already the monotony of seemingly endless rain and dark skies has evaporated and everywhere there are signs of spring, laden with prospect for the season to come.  I fished a fair bit in February and a lot to date in March, right at the end of the grayling season.  Yes, it has been alarming that there are so few grayling in the river now, although those that have survived are particularly large, so there is potential, surely, for a good spawning next month.  The trout population seems to be conversely strong, though again it consists of high average sized fish, so this bodes very well for the season ahead.  We are going to hit the floor running too, because while out grayling fishing for the last month or so, trout have featured in every catch, actually about six times more than the grayling! 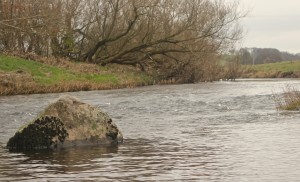 Such is the concern for the Eden grayling (along with those of several Yorkshire rivers) that it was decided at a recent ERT/REDFA meeting that we should attempt a grayling survey for the entire Eden system.  I shall be contacting all the clubs, from Kirkby Steven downstream to Carlisle with the intention of gleaning as much information as we can about grayling stocks throughout the river.  I would be very pleased, also, to receive findings of any anglers fishing the Eden and catching grayling.  The information needed is where and date fished; number of grayling caught; average size of grayling; number and size of any exceptional fish.  Further information about the condition of the fish (e.g. any fungus or signs of illness, cormorant or goosander marks etc) will also be most useful.  Photos would be a bonus.  All the information will be collated with the intention of assessing the grayling population, long-term throughout the river.  The purpose is that such knowledge and understanding of this ‘indicator’ species could give guidance as to how to apply appropriate conservation measures for the Eden.  So, please email me details of your grayling catches.