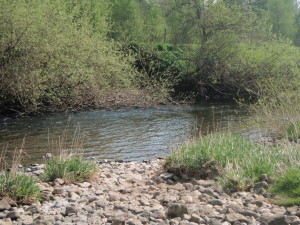 Such a joy to have been out on an enormous variety of rivers this spring, even though my own catch rate has been low compared with seasons past and what some friends have been experiencing.  It is so full of contrasts. Hatches have been slow, though all the right species in all the right places, so that is a relief after the winter flooding which lasted so depressingly long.  On Eden we are very concerned about the lack of small fish, both trout and grayling, though can only be delighted that there are so many large trout about, obviously surviving the vast numbers of cormorants and goosanders that are on the river now.

There has been an ‘official’ bird count which has been submitted to Natural England with the intention of obtaining licences for a predatory bird cull.  Unfortunately, it is most likely that any such cull will be for insignificant numbers, and this bodes ill for any recovery in the juvenile fish population.  We must be particularly concerned about the grayling, because while the larger trout  seem to be able to survive the cormorant threat, big grayling cannot, being slower moving and also occupying water that is easy hunting territory. My own catch record reveals exactly what has happened.  In the grayling season of 2012/13, I caught 27 grayling in excess of 40cm from the Eden.  In 2013/14, my catch of grayling of this size was down to three, along with only a handful of juvenile fish!  Friends are now passing back information about location and size of grayling catches, and I am also inviting catch information from all the fishing associations on the Eden, with the intention of obtaining a clearer view of grayling population throughout the system.

I am between trips to France; the last like a paradise in the spring sunshine.  While in Cumbria the temperature hovered in single figures, with ground frosts in the mornings, the chalk streams of l’Artois were bathed in 20 degrees and the bankside foliage was already lush and bursting from the bud, so much so that it is already difficult to access the rivers in so many places.  The fishing was just about one step up from impossible; in 18 hours of sessions on six different river or river sections, I caught a total of five trout; three browns and two rainbows (arc-en-ciel).  There were no hatches whatsoever, though clouds of gammarus shrimps so typical of the chalk, and all these trout were caught on the nymph.  And yet, I adored every second out there.  Protected river banks, mile after mile of pristine chalk stream, mostly wild brown trout in low numbers, and very spooky.  One learns at a phenomenal rate on these waters, far more than is possible on most English rivers, and one understands completely why it is that the French international competitors are the best in the world.  They choose to hone their immense skills on such rivers, while so many of the English equivalent whom I have known will always go for the easiest water for maximum returns possible.  Its a bit like the championship standard tennis player warming up by focussing exclusively on his best stroke.  It makes me wonder, but then I remember that in my competitive years, I mostly did just the same. 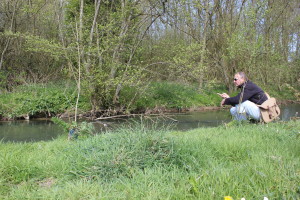 Our neighbour in France just emailed to tell me that following some welcome rain, the trout on la Ternoise are right now rising to a hatch.  I am back out there in a week’s time, with Lawrence and Neil, so we are very excited at the prospect of what appears to be the beginnings of some surface fishing, and it will be so good to fish dry fly. 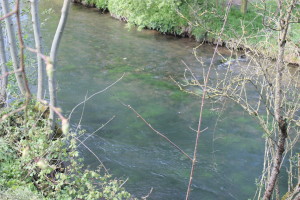 I am most looking forward to exploring further on l’Aa, which is about the most perfect chalk stream I have ever seen; about the size and scale of the Itchen, but without that tired, over-managed feeling or the noise of motorway traffic.  There are grayling too on this river – les ombres commun – which are more revered by the French anglers even than wild brown trout.  I think I actually hooked one last week – it felt like a grayling, and was in just the sort of water on which I would expect to find this species, but I lost it and cannot be sure.  I hope to put this right next week.  I so want to bring a French grayling to hand.