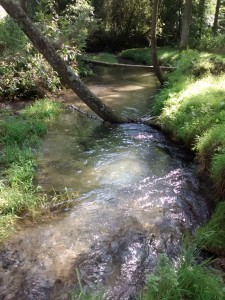 The chalk streams here have been idyllic this autumn. Fishing closed since early October, though I have visited several sections of numerous rivers, looking for fresh fishing potential for next season, which opens at the beginning of March. Most of my fishing will be here next year, and consequently most of the organised trips. 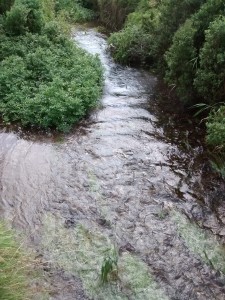 In the clear flows I have seen so many trout, particularly on the Créquoise, Planquette and Aa, with a few grayling on the Aa. Midges have even brought a few fish to the surface, though nymph feeding has prevailed, as usual unless the upwings are hatching. The Ternoise and Lys, with their deeper, more turbid flows, have been mysterious, as always, with few fish sighted. These two rivers are always more challenging than the clearer streams, though often produce surprisingly big trout to the nymph.  I have found some intriguing sections which I can barely wait to fish, particularly in early season before the lush bank-side foliage closes them down. The little Planquette has completely captivated my imagination since I first discovered it with my daughter last summer. 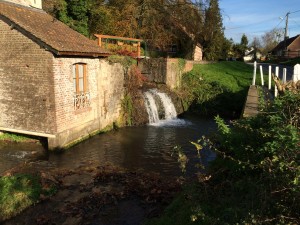 This stream is reminiscent of an Itchen carrier flowing through gorgeous villages, especially delightful Cavron-Saint-Martin. I saw dozens of trout here last week among the channels in the water crowfoot. The main trick on this, and all the chalk streams hereabouts, is not spooking the trout. Get the approach right, and you have a chance! From la Planquette, I crossed over to the neighbouring valley of la Crèquoise, to find another chalk tributary of the Canche, which I have yet to fish, and was dazzled by numerous feeding trout, even so late in the year, on Remembrance Day. 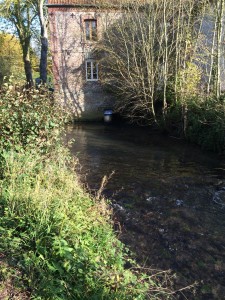 Moving experience this, because I had just attended a memorial service in Tilly Capelle, on the Ternoise, before travelling on to the Planquette and Crèquoise valleys, seeing the Tricoleur draped from les Mairies in all the villages, and well dressed local people, old and young, moving slowly, respectfully, though landscape. This is old Europe. It lives, again. We shall remember them. We will live here again. We live here now. The rivers live, and are a miracle in modern Europe.