Barely know how to begin, which is why it has been so long. A lot of water, we say… The Sunray presentation line, a waypoint in river fly fishing development, at least as significant as leader-only, or the historic ramifications of Sawyer. Outstanding casting with feather soft touch down; low sag; accuracy at range; extending the former 10 metre range out to 15 metres, with unprecedented control; low shadow afforded by its ultra thin diameter and the way it sits down in the film. This was the first French trout to be caught on the new presentation line (two weight prototype); from la Truyère. 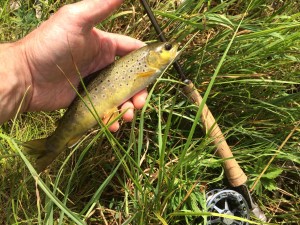 I could go on, but river fly fishers everywhere will, finally, get it. The ‘conventional’ fly line held us back at least two decades; the leader was a reasonable compromise, a bridge. Now we move on, close to the ultimate refinement at the sport’s frontier.

There is more. France; at least the chalk streams of southern Pas de Calais and the Massif Central. Did it take me almost 50 years with a fly rod to begin to discover the overwhelming potential of this lovely country, and to realise just how messed up England’s once lauded rivers have become? Ah, yes, it did. June was wonderful on the chalk, as formerly reported, and I’m back there now for the rest of the summer, but in the interim I visited the Lozère region of the Massif Central for the first time, along with Neil and Lawrence and Paul. 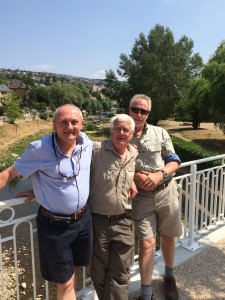 And here, words really do almost fail me, though I realise that as I get older this is happening rather more than once was the case. Hmm. There is nothing, absolutely nothing, in Britain to compare with the Massif, which at over 85,000 square kilometres is actually not that much smaller than the entire country of England! And it is tragically beautiful; the least populated region of France and one of the least populated regions of all Europe, laced with a colossal variety of pristine rivers running off the high volcanic plateaux, down, down, down into one of France’s four major rivers (Seine, Loire, Rhône, and Garonne) all of which receive feed from the Massif. 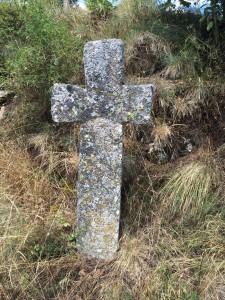 So, we explored but a pin prick in the map, centred around idyllic St. Denis en Margeride, at 1,500 metres.

And we watched the incredible Tour de France field, including Chris Froome holding the Maillot Jaune, as the GC of the Tour climbed into Mende, riding before a thunderstorm. 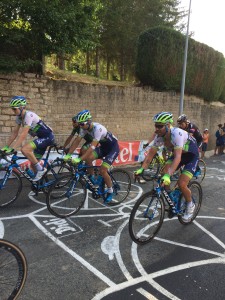 Paul and I fished the Lot in town before they arrived – how surreal is that? We both caught a couple of little chub each, but watched chub up to five pounds and numerous, spooky trout cruising around the low, clear water. Then the TdF caravan went through, and the riders, and we dashed to join Lawrence and Neil close to the stage finish. Premiership footballers just don’t do it. These endurance cyclists are athletes of a completely different class and character. Forget doping. Those that don’t, and that is all Team Sky, and Froome, and probably the rest of the field nowadays, are in another sphere. Paul and I climbed up the hill in Mende when it was 36 Celcius, and those boys breezed past us, after 180ks at an average speed close to 50k/hr. And this was stage 14! Respect.

We fished a scatter of streams; Lot, Truyère, Allier, Chapeauroux, Bèz, Mèzere; a scratch of those on the Lozère region map, of varying size from two metre wide, ultra-clear flow, to Death-eater torrents the ilk of the Allier. 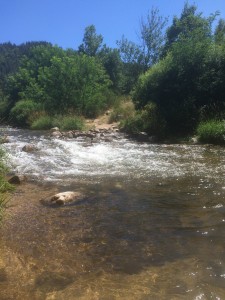 And it was here, after leaving my pals on the sedate Chapeauroux, that I got spooked. Admittedly, I had already suffered a total immersion in the Chapeauroux, slipping, inexplicably, off a granite boulder into the abyss, but really only suffering the ignominy of loss of dignity (and a drowned iphone). I think it shook me though. Why I decided to fish the Allier, alone, is still beyond me, especially after I watched some elite kayakers take to the course close to where I elected to fish.  They passed me by with a smile and a shake of the head. ‘Monsieur, c’est fou’. The trouble is I caught a trout immediately, right at the top of a rapid, in that lovely, white-flecked, shallow vee of dark water where there is always a fish. Should have learned by now. Fifty metres of tasty looking water below, a double nymph rig that was going to nail them. What would you do? Yes, I did too, until I could feel the gravel moving under my feet. I stopped, though I think I was still sort of skating, on shifting gravel. I could feel the water pounding at my calves, then knees, then: Oh Christ, after all these years, it comes to this. All I could see, hear, was the ferocity of flow. I was alone, inexorably slipping deeper, faster, and below was terror. 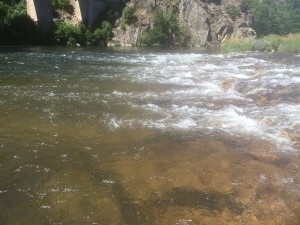 Of course, I escaped, but it really was tight. It took me all of ten minutes, defying the flow, apparently defying physics, just to turn 180 degrees to face the ‘near’ bank and then take that all-important first step towards salvation. It doesn’t come much closer than that, I think, but I climbed out, finally, and on the bank, wept, and thought of home, thought of my family and friends, thought of Ellie, my dog. I almost left you all, right here. 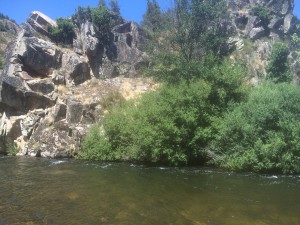 So, I climb up above la Vallée d’Allier, to look down upon it, above the torrent. From up here it looks so peaceful. The boys are still fishing up on the tributary. I’ll re-adjust and go back to fetch them, and we’ll tell each other our stories of the day. Strange, this life; on a thread.

Next day we fished the Lot, above Mende, among granite boulder-fields and a paradise of clear water fly fishing, until we were interrupted by the most cataclysmic thunderstorm any of us has experienced, when spray was thrown up off the river’s surface to form a cloud two metres thick. Here we caught trout, particularly Paul, picking pockets among the boulders. We caught everywhere we fished, including unexpected species – perch and chub for Neil, an escapee truite arc-en-ciel, 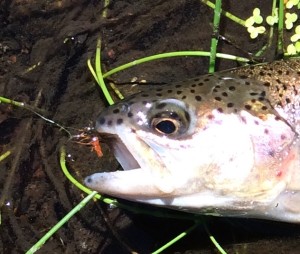 from some distant trout farm perhaps, for me, as well as bleak, roach and chub, variously. But mostly, it was wild brown trout, usually in low numbers. Best of all, on our last full day in the Massif, while the boys fished the Bèz, I fished, again alone, on la Mèzere, 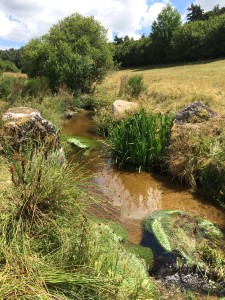 the perfect plateau stream; narrow, clear, inter-woven with starwort, milfoil and water crowfoot and flanked by meadowsweet and flag iris. It was also populated with the most beautiful trout on the planet. 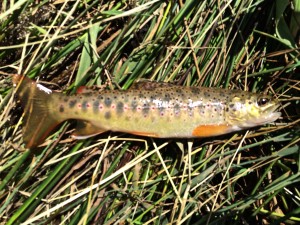 In my first walk through, over perhaps 2k, I rose 20, bringing seven to hand, and spooking another 20, all on the Oppo. Yes, I am alone again, away from family and friends, but here is also one of the safest places that exists, in all the world. 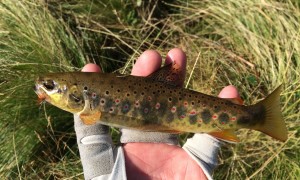 As I perceive it.

The fishing is tough here, as it always is where it is real, not artificial, not affected at all by man’s hand, except perhaps for carbon-induced climate change. It is high, protected by altitude, heavily forested and where there is agriculture it is completely sustainable, none of it arable on the thin soil and granite bed rock. People are always asking me where are the ‘best’ places I have ever fished. I do not hesitate now to suggest almost any of the trout regions of France (which is most of it), including the magnificent Massif Central, though I understand that it is not exactly ideal for the average English fly fisher, who expects different things to what one finds here.