How is it that one of the most abused rivers in England survives, and more, thrives; hosting some of the best of nature that still lives in this environmentally-troubled country? I have had several tentative trips out on the river this year, exploring on the Appleby waters, up and downstream of the town, and have marvelled at the nature I have seen here, including the fish that still exist, in spite of the decades of agricultural devastation and the recent unprecedented scale of floods. 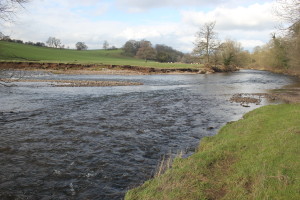 The beautiful river is still there, and though one has to close one’s eyes to the bank-side debris that the floods have deposited, you still recognise it as one of England’s loveliest rivers. On such a large scale. 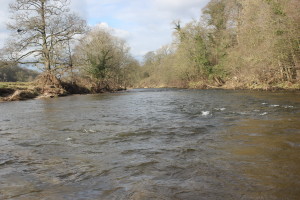 The structure has changed, in some places considerably. There are huge gravel and stone deposits where they were small before, or absent. There are boulders and bars and river forms in new positions, and reformed islands, vast scoured areas where the banks have been stripped away because of the past folly of removal of trees in a bid to obtain more land for grazing, 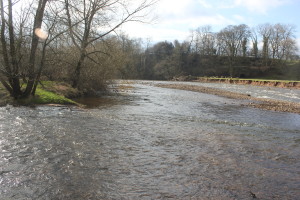 or direct access to the river for cattle and sheep.

I am a fly fisher again, on new territory, and it is exciting. Fished tenkara with a double nymph rig (12 jig on point with 14 Hydro jig on dropper, just 30cm up-tippet). 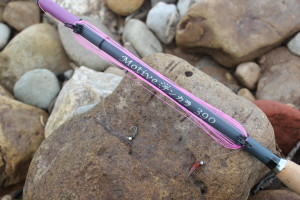 Not really old haunts, because they are so different now, mostly – so just re-adjusted to the new river on Holme Farm stretch. And where you would expect grayling to be, well, they are there, and not only the comparatively big fish that I found last month, but an encouraging number of the ‘bread and butter’ 30cm fish, two to three year old fish that are the river’s staple for the next few years. 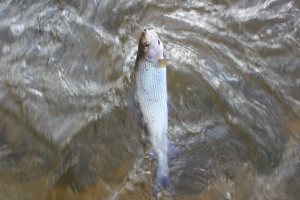 And here’s a curious thing: there is a lovely glide a hundred metres long upstream of the big island (which is different now) where there is always a stunning mix of trout and grayling, throughout the year-groups, and, notwithstanding subtle changes of structure, today I noticed a substantial hatch of dark olives, and not a single fish rising at them, which was initially disturbing, particularly as the first thirty metres or so failed to produce a take. Finally, though, the line hesitated, and I tapped into the first trout of the day, right under the olive drift line, and this was followed by two more. Upstream, too, where the olives were coming off the fast water, were also trout. 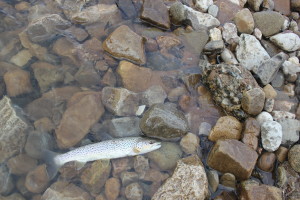 Lovely, lean beasts, and wild; only one with the typical spring leeches (which I removed), and all in good condition. And get this – every single fish, trout or grayling, took the Hydro on the dropper, other than one trout, and this was the smallest fish I caught, which snaffled away the orange-thorax jig. 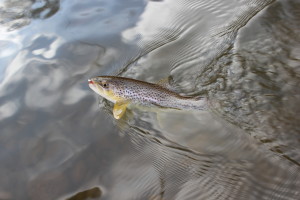 It tickles me, thinking of all those fly fishers who would approach this water with fashionable nymphs and jigs in various shocking colours and high-tech materials, and even squirmies (what is the point?), and yet, finally, for truly wild fish, in clear water, we just have to show them impressions of what is out there in the river. 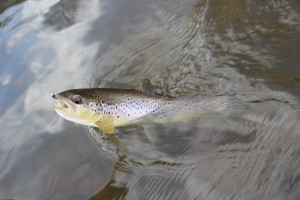 This does it for me, anyway. This, and the absence of trophy pics. Honestly, brothers, we all know what wonderful fly fishers you are. No need to grab, grip and pic every fish you catch, or any of them. A quick snap before you twist the hook out is enough, isn’t it? I mean, give them a chance. Hold them like you see them on FB etc, and really, you think they survive? Beyond 24 hours, no, not that many. Don’t fool yourselves. Any air time beyond thirty seconds is fatal, for a salmonid. Any holding in the belly region, particularly close to the gills (heart), nearly always causes catastrophic anatomical damage. I know it is the fashion of the times, exacerbated by the social media. But, really, it is not cool, and in ten years hence will be seen as thus, and probably much worse. So do yourself, and us, and the sport, a favour. Think about it. Just don’t touch them and get them back into the stream. 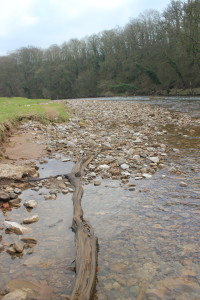