I want it to last forever. This summer, this glorious summer. Slightly uncomfortable, September, isn’t it? On the one hand still warm and humid, with hints of autumn, and on the other, knowing we are nudging at the closing of the trout season on these beautiful chalk streams of northern France. 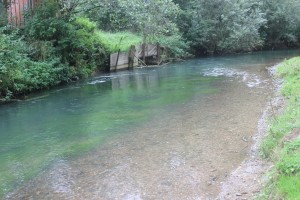 I have Eden, yes, Cumbrian Eden, still paradise, I think, but like all paradises, you look for the flaw. This farm-centric insanity that wrecks my country. Maybe that’s where I’m going wrong. A lot of yearling grayling in Eden right now, which bodes nothing but good for the future. But this summer gone, in France, has been all that I ever really wanted fly fishing to be; 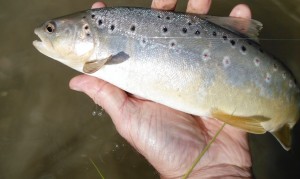 almost all I hoped for in life. I am already looking forward to next spring, even though there is still so much this year has to offer. We have the grayling, and the October San, upon us.

Family visit to Versailles. Oddly comforting. Maybe because of family members collecting there, maybe because of the European cultural and historical centricity of the place, the Treaty, the Palace, the fabulous gardens, 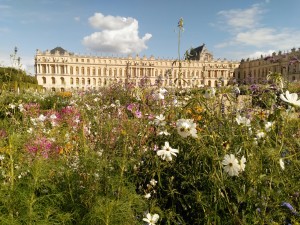 the people who have breathed a little of their lives there. Perhaps it is just the happy time, just that, though all too brief. 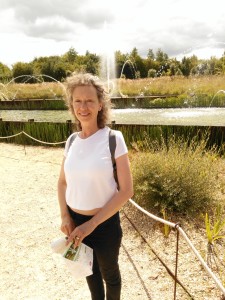 Perhaps too, all this wonderful summer, travelling to Versailles from Tilly Capelle, and then returning to Tilly, to home, to where daughter Ellie came with her new husband, Paul, in the spring. And the lovely chalk streams. How the French cherish their beautiful rivers, 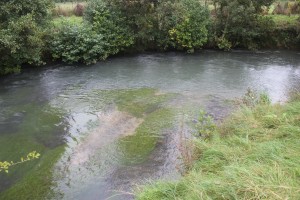 and how I wish my own countrymen cherished theirs. Mine, and yours. But then the Brexit vote said it all. I met a fly-fisher here, on la Ternoise. We talked about the fishing for a while, but I knew what he wanted to talk about, so eventually we did. And he told me: ‘two World Wars your country fought, largely here, in my country, all for freedom. It is what made you great. Really great. And ever since, you have been the most stable influence in Europe. And now you leave us?’ If I didn’t understand before (which, actually, I did) I certainly got it right there. What, the hell, do you think made our country great? 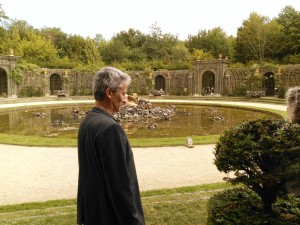 It was our ability, our willingness, to help those in need. Or, you think it was something else? And now we leave them, when their need is almost as much as it has ever been. So, this makes us nothing in the human scheme of things. And is this not shameful? How will we ever retrieve this? I wonder.

OK, so I’m drifting off theme, maybe. It’s just how I am, and how I view it all. So, perhaps the English have not really grown fat and lazy? So, perhaps we will not not also lose Scotland in a year or two, and that Scotland will not then join Europe. You think? And if/when this comes to pass, will you not then be ashamed? Will you not then have a sense of regret, of loss?

My friends, Malcolm and Neil on l’Aa in early September. What a pleasure for me to watch Neil, ‘the Professor’, come from three successive blanks on various streams, finally to match the ‘glacial’ Malcolm with his catch rate on la Lys. 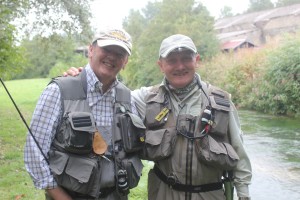 And now back in Cumbria, briefly, before the San pilgrimage. Eden is strange just now, as the season collapses, with thousands of yearling grayling so active while the big, parent fish are invisible. But my heart is not in it. I am heading back to Eastern Europe again, 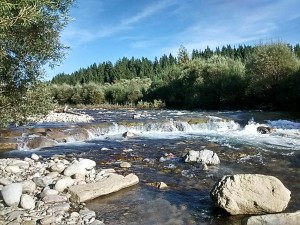 and yet, in truth, I’m already back in France, 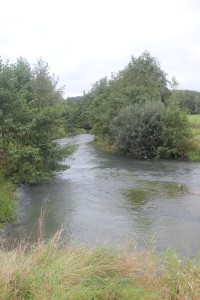 in my mind, my soul. That this should be home.

So, dulling it a bit: Anna Calvi, ‘Love won’t be Leaving’, though the Celestion Ditton 44s as the sun sets over the Eden valley. 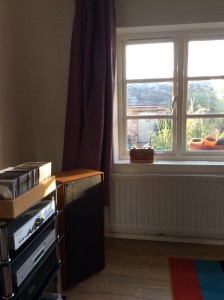 I’ll miss these on the San.