Not so easy to detach! While I’ve spent more time on my bike than by the river, 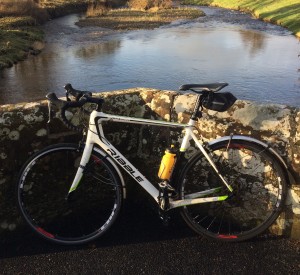 I’ve still been on the river a lot, when you look at it. Though I have not cast so much as I used to do. It’s not that the magic has left me, rather than it has been taken away, even if most deny it. I did too, for years. You can still find it, but you have to look harder, and so many of those places where it lived, have gone now.

You hear about how destruction of the Amazon rain forest is accelerating. Probably already too late to do anything worthwhile to protect it. But you don’t really hear about the destruction of English landscape and ecosystem. By agriculture. But it is. It’s just a matter of scale. And this tiny, insignificant, blessing in the natural world is stolen from us, from future generations who will be denied knowledge of this jewel we once held. 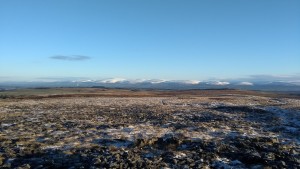 Gone now, and, you know, it’s never coming back. You have to search for these special places. So, while we can, we do. And we find them. They still exist, even in Britain. Here and there. Where you can escape the farms. Easier to go to Europe. Cross the Channel, and you’re immediately in a better place.

Here, in la Vallée de la Ternoise. Like it or not; it’s how it is. It’s just better. And some of the British want to leave! Half? Well, probably less than half now. But it’s only a matter of politics, a momentary lapse of reason, an instant of xenophobic cowardice. That’s all. Is this what two preceding generations of my countrymen fought for? Oh, right. Thanks for making that clear.

And yet, I’ve found all I ever wanted fly fishing to be. 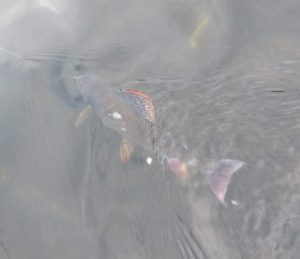 The Ure, Aa, Ternoise. The San.  All I ever wanted life to be. One and the same. Not Eden anymore. Not Loch Maree. But beautiful nature nonetheless.

Apparently (so says one of my son’s university friends), I’m married to the ‘classiest bird ever to come out of Coventry’, and here: in surely the prettiest British sports car ever. 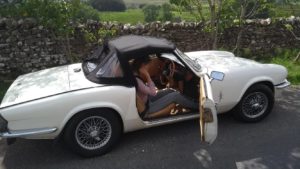 Been fishing with the Volition two weight, and since May, the Zero. Another level in fly fishing; given us by Tom Bell.

This is tenkara without all the nonsense that pervades the fixed line technique. Because, finally, you can yield line on the Zero, and this make ALL the difference. 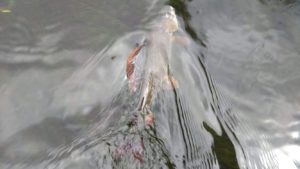 We’ve achieved such a high altitude now. I don’t want to come back down. Why would I?

It has been a fabulous year; Aberdeenshire, 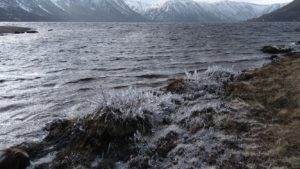 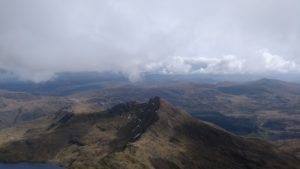 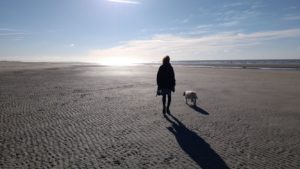 with fly rod and bike (here an MTB kindly leant me by Kuba), 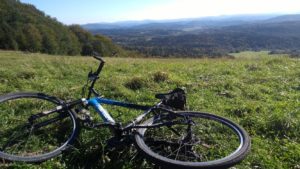 and a lot of trodden miles with my wife and usually with Ellie four legs. 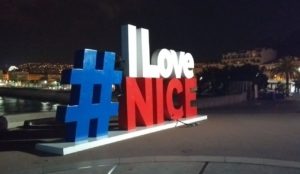 We biked twice around the Grand Prix circuit at Monaco before the ride back to temporary home on the Bay of Angels. 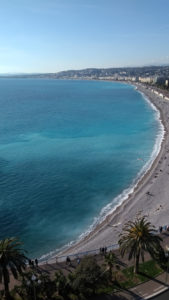 In England too, with my boys in the river team. With our captain, Freddy Bainbridge. They did us proud on the Ure (and deserved better), this gorgeous stretch on the Lord Bolton Estate. Big grayling here. 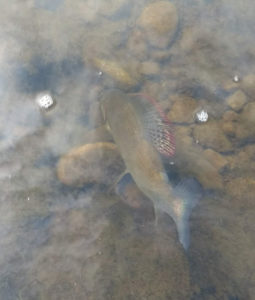 A fragment of old England, not devastated like the Eden Valley.

I resigned as manager, but was persuaded to carry on another year, particularly after the national final on the Eden, and the formation of the new team,

with Derek Spry, who was with us on the Ure. That’ll do me. For me, a return to northern Ireland, with Derek, our new captain, and the rest of the team. Unfinished business, boys.

It gets more difficult for me to write, as I used to do. There has needed to be a point to it, that I have always thought others should read. But, who am I? Eleven and a quarter stone of middle English privilege. Retired. Grumpy old git. What do I know? I observe and analyse, that’s all. I form my own opinion, but this might well be at odds with yours. And that’s fine, probably as it should be. It doesn’t even piss me off if you don’t agree anymore. 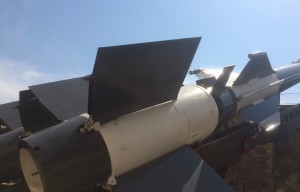 What’s right for me doesn’t have to be right for you. It’s how it is, and we can both get by. All part of the high decibel noise that leaves me, and you, with a high pitched ring over things. So, forgive me for being quiet now, not adding to the noise. It hardly matters at all if there are differences, and my country has lost so much, because it has happened and there’s nothing I can do about it. Can you? You just have to do the right thing, however small that is. It matters, if only to you. I think it echoes in the afterlife. Think of that, in case I’m right. So, I’m hoping the good Monsieur Macron will still allow me to live in his beautiful country, 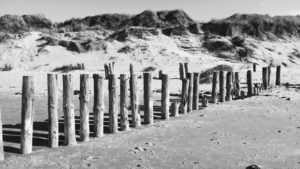 and I’ll hang on the memory of the old England I have known. Here; the Derwent in Derby, with Ben, Mama and Ellie. 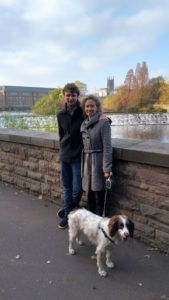